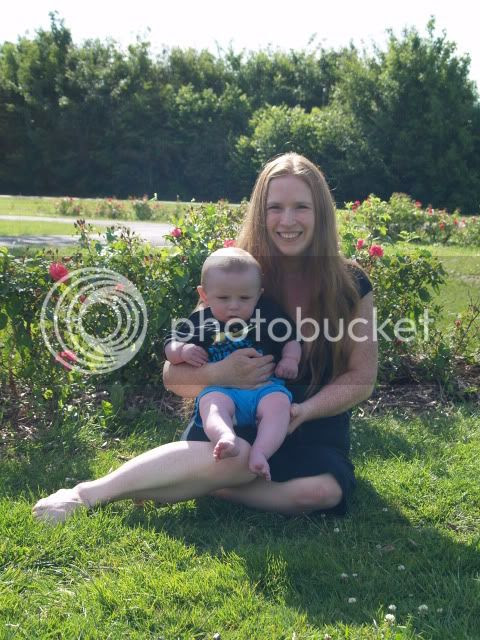 Here are recent photos of Robert and me. I have lost 70.5 pounds since my "before" photos were taken. These were taken on January 31st. 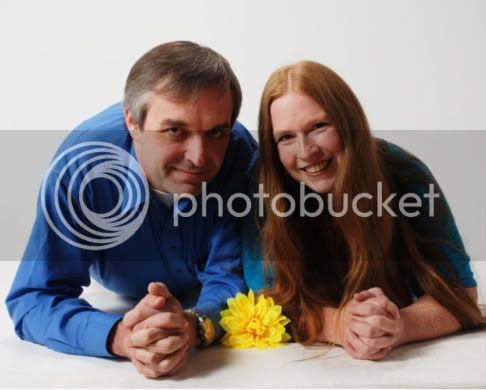 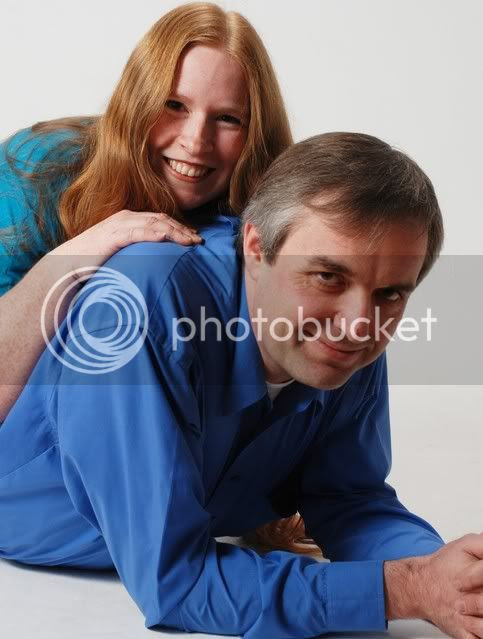 These were taken on February 2nd by a friend of ours at our Slimming World meeting. She took them with her mobile phone, so they are kind of blurry. 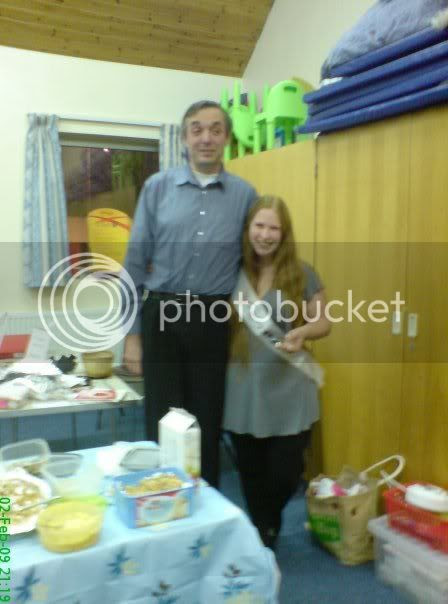 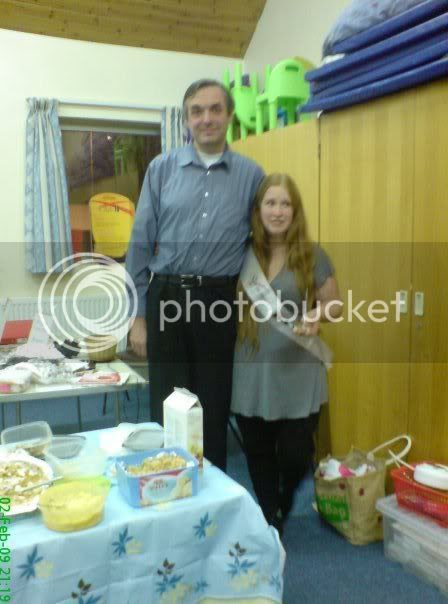 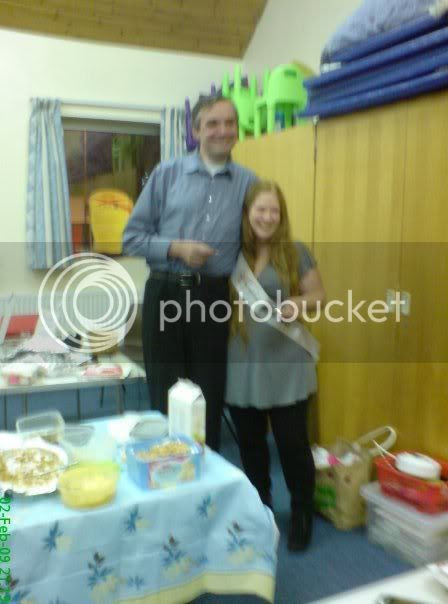 As most of you know, I have seven children. Three of them are teenage girls, so they don't hinder my exercise time in any way, other than trying to talk my ear off occasionally while I am concentrating on a complicated move. But finding time to exercise with small children in the house is a lot more complicated.

Last night was one of those times. The baby started crying while I was exercising. And nothing calmed him. His diaper was dry and he didn't want to eat. He just wanted to fuss. I had been exercising for about 20 minutes, and I wasn't getting much of a workout because I had to keep stopping to try and calm the baby.

I finally gave up and came up with a different solution. Here are a couple of photos of my solution. 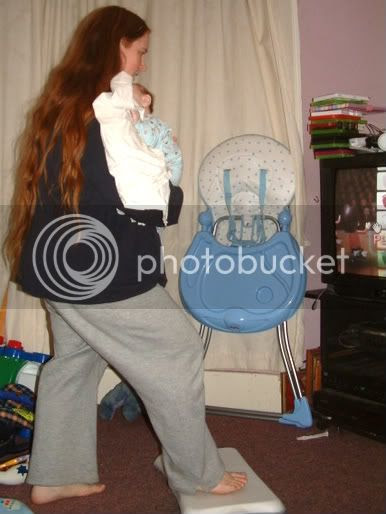 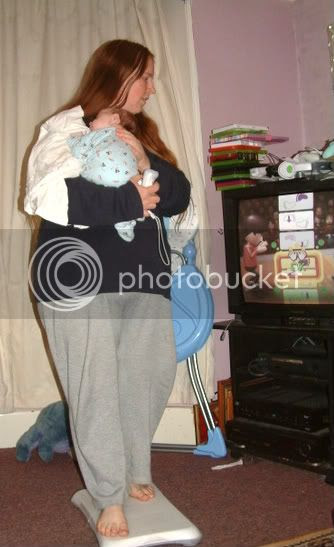 (Video to be added later.)

Yes, my hips look enormous, and yes, my workout clothes are very baggy. (I've dropped a few sizes since I bought them.) The toys in the photos are not as close to me as they look, and I had a burp rag over my shoulder because the baby spits up often.

The really great thing was that Cameron stopped crying while I exercised with him this way. And when I stopped for a moment, he started to fuss again. When I started to do the stepping exercise again, he fell asleep. After 25 minutes of doing Wii Step Aerobics with Cameron in my arms, my back was killing me! The workout did become a lot harder though and I built up more of a sweat, so that was good. I might have to do this form of exercise more often!

I have family who would love to use a Wii Fit to get their exercise. Fit Bottomed Girls are having a give-away of a Wii Fit, and these photos of me exercising are my entry.
Posted by Becky Fyfe at 05:26 1 comment:

Here are some photos when I had lost about 30 pounds or more, but I was still very pregnant. These were taken in London in late August (August 27th), and I was due with my baby on November 21st. One is of Robert with the kids, and one is of me with the kids. 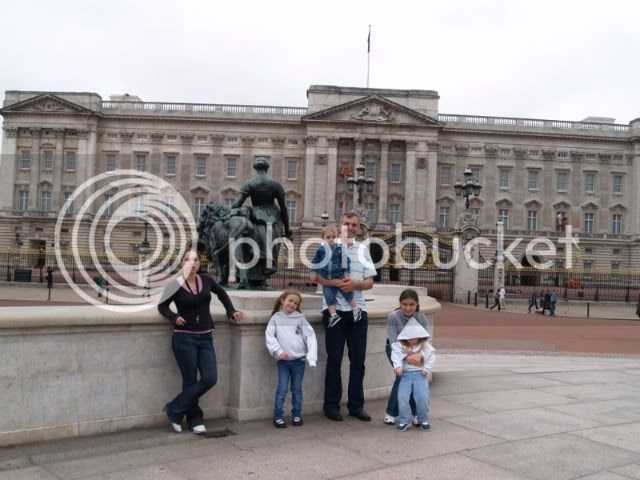 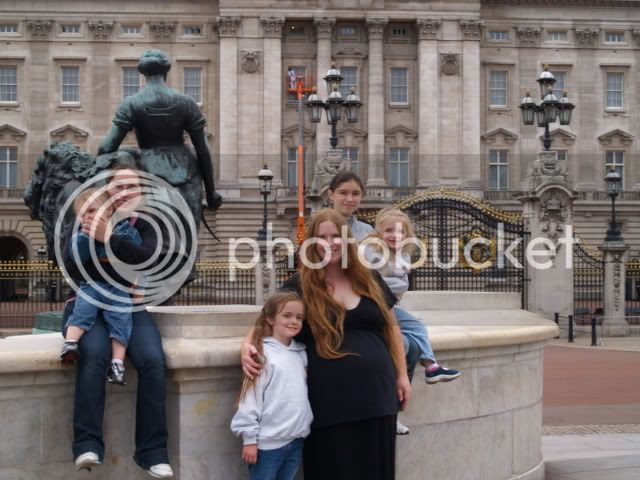 Before photos of Robert and me. 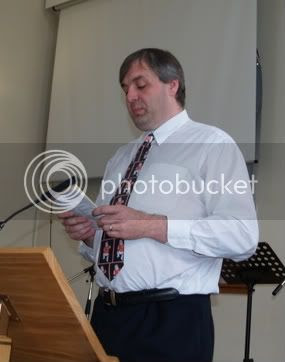 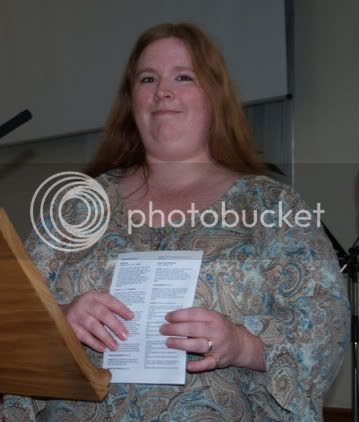